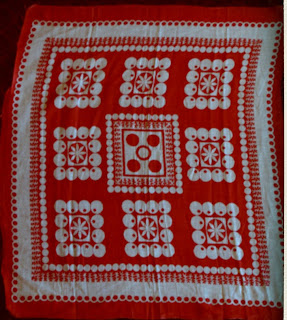 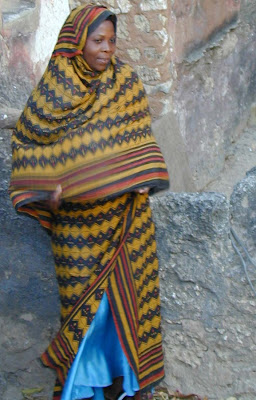 The kanga also called leso may trace its roots to the handerchiefs embroderied by Portugese girls and given to their lovers before they set sail from the Portugese Island of Maderia, as early as......... The handerchief is in use today and called lenco. Early stories from the kenyan coast describe these squares later printed on large pieces of cloth and used by Swahili women in the traditional Swahili fashion of two pieces nguo mbili, or two cloths.